The new 4thewords event is so much fun. I already completed three collecting quests, without having written a single word. So I already collected 35 Tokens, which I will need to exchange for cool new wardrobe items in the future.

Every participant who wants to collect every single item available will need approximately 750 tokens. So having 20 on my first day is a good start.

At the moment I’m browsing through all of the available quests to find out, which one I want to start with and which quests will work together.

The event promises to get soo so so much fun. I can’t wait to see, what will be up in the next days and weeks. I already love it.

I actually wrote the complete first chapter + a small part of chapter 2. I defeated 5 new monsters and collected a total of 60 tokens on my first day. I don’t like the endurance monsters, but defeated the smallest already. (5 minutes) I plan on fighting the other two as soon as possible, so I can complete another quest and am done with these shitty monsters. So far it is a lot of fun. We actually wrote 33% of 15 Mio words already to open the next event area. I wrote over 1700 words, which will be enough for today. (You need to write 1667 words per day in order to win the NaN) So it is fine for a hangover day.

So far I have to say I don’t like what I wrote at all. But I’m really proud of my first line. Which is an eye-catcher and immediately throws the reader into the scene.

I only needed 5 minutes to think about it. Blank page syndrome was worse today.

Today is Saturday and I had to do a freaking lot of paper work. I still feel sick. So I guess it isn’t only a hangover, but I might caught the cold. Now it is 3 pm and I’m getting ready to write. I still feel exhausted, so I plan to write at least 1667 words. I know I really need to catch up and write a puffer for the next weeks, but I do my very best.

I just looked it up: the 4thewords community event is actually at 77% – I guess by tomorrow we will have opened the new event area and discovered new quests. So it is time to finish some quests to get some space in my quest log.

Now it is 4 pm and I already completed the endurance monster quest. They even regarded me with a lot of tokens and I already finished chapter 2 and wrote a good chunk in chapter 3. So it wasn’t at least a waste of time. Although I’m still not happy with what I wrote so far. But as we all know, every writer knows these days. You can’t help but keep going. I have to say, that writing my NaNo diary and also my reading diary entries helps to get into writing in general. So even if I’m not writing in my novel – I still get done some words.

Now it is after 5 pm and I need a break. But I started chapter 4 and wrote more than needed. I collected again more than 60 tokens today. So I feel like I’m getting stuff done.

It’s Sunday and for whatever reason I am tired. But I don’t want to stop writing on day three already. So I will open up 4thewords and try to write at least 1667 words. (We still have to do the dishes today)

Wowsie! I did not have any motivation to get back to my NaNo novel, so I decided to write what I’m excited about at the moment. So I started to write notes and the beginning for an outline for my new (old) dragon story. I know something was missing, when I initially started to write the story, but lately I figured out, what issues I had with the novel.

And so I’m really curious, what I can do with the basics. I wrote more than 3.700 words today and finished a few quests. I just hit the 10k (at 4thewords) and got a cool new purple body suit and really nice hair, which fits my character perfectly. I love it! Now I picked up the 15k quest to get the blue body suit as well. The community event only needs 5% to open a new area and get new monsters to fight. I can’t wait to see what the devs came up with for the next part of the NaNo event.

I have no motivation at all to continue writing. I don’t like my story I started drafting and I’m to lazy to continue with the outline for the dragon book. To be honest I already consider giving up NaNo and just writing my daily streak on 4thewords. I enjoy the event, but do not the whole NaNo. Without access to the forum (technical reasons) it is not the NaNo experiences I loved in the past few years.

I also had to go to the Jobcenter today and they treating every person like person of a lower class. They don’t mind if you are creative, talented or smart. They only care about you being a social cadger. There is security all around looking at you in every given moment. You are also not allowed to use your smart phone at all. I had to wait half of an hour to get a waiting number. And afterwards I had to wait more than an hour only to get an appointment for tomorrow. Luckily I had a book with me. (Fun fact: If you are reading a book in the waiting zone people look at you like you are an alien)

So after this whole experience I feel exhausted and sad. I nearly cried sitting there and waiting. I was just feeling like shit. So no wonder, that I have no interest in writing much today. Just let me watch some more of Queer Eye in Japan or burying myself under a pile of blankets, crying a little and sleeping afterwards.

( I handed in some tokens at 4thewords: for a new hairstyle, which I tried on, but didn’t like, a new forehead jewelry, which I really really like and a book in different colors for the left hand, which I’m using as well, because my left hand was empty before. I also counted how many tokens I still need to buy every wardrobe item available. So still 623 Tokens to go. )

After a short session I managed to get 17 new tokens, which is not much but something, wrote not 1667 but nearly as much words and got some new dinti for one of the quests. But now there is no way I may write more.

My appointment in the morning only lasted 4 minutes and I was out and about again. Everything seems to be fine so far. So let’s wait and see what happens next.

I also received a devs message to my bug report and they told me how to fix my forum access. I did what I was told and now I already was able to read and post in the German forum. I already reached trust level 1 whatever this might mean. I’m still a little bit offended by the new forum – because I am a member of NaNoWriMo now for ten years and NOW they force me to show that I can be trusted. Anyway…

We have to wait until weekend for the new 4thewords event area.

The devs told us, that they want to start every global event over a weekend, so everybody is able to participate. This might be true for the upcoming weekend, but not for the weekends after, but that’s my own fault. I still don’t know, if I really want to continue with my story (at least for now) or with the outlining, or quit at all. The only motivation to continue with writing in general is the 4thewords event. But I feel depressed and tired lately, so I don’t know if forcing me to write will have a good or a bad effect on my psychic health. For today I might at least try to write – something.

And I did continue with outlining my dragon story. This is actually what I’m interested in the most. And it is going well. I wrote not the estimated 1667 words for NaNo but almost as many as needed.

Welcome to Weird Words Within 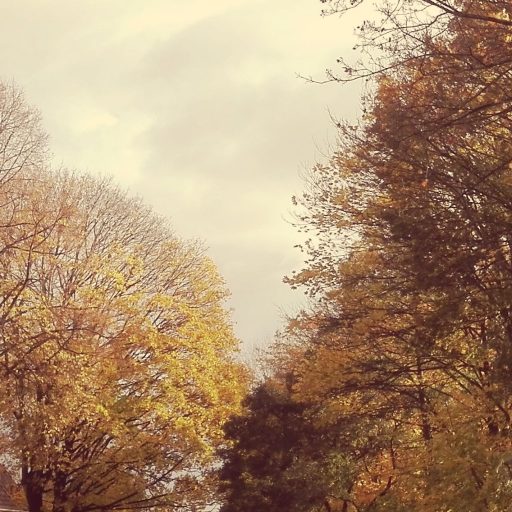 Lydia Schoch
A Book. A Thought.

A Room Without Books is Like a Body Without a Soul

A Dance With Books

“Words are pale shadows of forgotten names. As names have power, words have power. Words can light fires in the minds of men. Words can wring tears from the hardest hearts.”

A husband and wife adventuring through fantasy worlds together

A reader lives a thousand lives before he dies. The man who never reads lives only one... (George R. R. Martin, A Dance with Dragons)